Time management and multitasking are opposites of each other. The idea that you, as a human, can concentrate and be effective doing multiple tasks at once is the height of hubris and impossible!

Multitasking is the erroneous thought that you can accomplish two things at once. According to the Mirriam Webster Dictionary, multitasking is:

It first showed up in language about 1966 when computer science types found out that machines could do two things at once concurrently. Sigh. This was the start of people saying all chirpy, “I am multitasking”.

In the real world, you can only do one thing at a time effectively. Think about it, brain surgeons do not perform surgery AND try to balance their business books on the side. They do not monitor their cell phones to see if they got an email or check their texts to see if someone sent them a message. They do one thing, operate.

I speak a lot and I am always astounded when someone in the class stops paying attention to me and starts texting or emailing while I am talking. Seriously? You probably paid good money to be in my class and now you can't take 2 hours out of your “super important, the world will fall apart if I am not available 24 hours a day life?”

Multitasking At In Person Events

This is not a logical place to start but trying to multitask at in person events is a HUGE issue for my small business owners.

Picture this – you put a networking, training or one-on-one meeting in your calendar, taking time away from your todo list or your family. When you get there, you check your cell phone just before heading in and something HORRENDOUS has happened, you lost a client or a sale, your bank sent you a notice that your account was hacked, your kid texted that she was dating a Hell's Angel, whatever. Now you have to go in there and “be social”. Not going to happen.

So no phones before or during the event. Turn them off, put them in your pocket or purse OR better yet, leave it in the car. 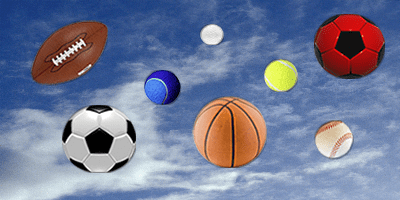 Next is a HUGE problem for most people, remembering names. How the hell do you expect to remember someone's name if you are “processing” a million things in your head. Stop trying to use tricks to remember people's names and just focus on them when they introduce themselves. Listen to what they do and remember them. If you are meeting a lot of people, take their card and make a note of their name, what they say they do (which may be different than what their business card says) and then something interesting about them.

One of the things that is so striking to me is how brilliant people are perceived and how they became successful. I have heard about Steve Jobs, Bill Gates and Richard Branson that one of the amazing things about them is that they were present when they talked to people. When someone they met says, “they acted like I was the only person in the room”, what they are really saying is that they paid attention to them. Mostly it comes with the note that the time was under a minute, but just that attention for a minute made a huge difference.

Okay, this is a huge one. Common lore says you can accomplish more if you are doing multiple work projects at the same time, either small todos all at once, or big projects over the same timeline. You switch back and forth, miraculously accomplishing twice as much as you would if you did one thing, finished it and then moved onto the next. Seriously, this DOES NOT HAPPEN. What happens is you then have more things, partly done and nothing is FINISHED.

Try this for a week. Make a list of the top three things that are the highest and best use of your time for your business today (mine today are: write a blog post, check, scan back two contracts, not yet, and do client work). These are a mix of moving my business forward (getting new eyeballs on my website with a blog post), working on my business (getting contracts finalized) and doing my “job” in my business (doing client work). Too often we take our eyes off the big picture and get mired in how much work we have to do. My todo list is crazy like yours, but there is no sense whining about it, just do those three things and then move on to the next most important three things like the little engine that could and you will move forward, I promise!

What you need to know this minute is ALL successful people are busy. Take a poll and ask people who you admire what their todo lists look like. EVERYONE who is in the process of doing something really great has a list a mile long. It is how YOU handle it and how YOU feel about it that makes a difference.

Okay, I am a relative smarty, but my expertise lies in marketing and small business coaching so why should you listen to me. Because smart people say it too! Here are some facts from science types to peruse if you are still not convinced:

If you would like to find out more about implementing time management (anti multitasking) practices in your business, give us a call today to find out about our Small Business Coaching or Company Productivity Programs 727-415-9165