You are here: Home / entrepreneur marketing / Entrepreneur Marketing – Preaching to the Converted

Entrepreneur marketing is hard enough, but no one will really tell you what you are doing wrong. I KNOW, having spent hundreds (maybe thousands) of hours talking to, coaching and teaching entrepreneurs.

Now, just so you know, my kind of entrepreneurs are solopreneurs, small companies, Realtors and writers, not those hard charging, 50 employee, 5 million in sales types (although this still applies to you!!!!) 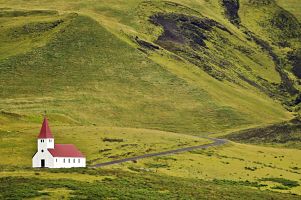 So what is preaching to the converted and how does it relate to your small business?

First a bit of a back story…I am from Northwestern Pennsylvania and we have A LOT of sayings and colloquialisms. I am not sure why they are so prevalent, but there you have it.

Preaching to the converted or as it sometimes goes, preaching to the choir, means that you already have someone in your house of worship and what you are telling them is something that they are ready, willing and happy to hear. Religion, for the most part, is a volunteer activity and people who are in church (or mosque or temple) have already made at least a small step towards wanting to hear what the preacher is saying.

Compare this to the faithful who go door to door and try to tell random strangers about their faith. The people in these homes MAY be willing to listen, MAY be at a place in their life when they are ready to make a change or MAY just politely say no thank you and close the door.

Compare the effectiveness of these two models, preaching to the choir and randomly accosting people, one by one, hoping that they are going to buy your message.

So how does this work with entrepreneur marketing?

Yesterday I was speaking at a networking event and a really nice perky lady was giving her 30 second speech. She stood up and talked for a couple of seconds about the features of her product, how famous it was and then said, “and a good client for me would be just about anyone! Everyone needs to have “X” to feel better”. She then sat down and I had NO idea who to refer to her. I KNOW, in her perfect world, I would stop my slothful ways, start worrying about my health, quit smoking and embrace her product and company, but there is as much chance of that as there is that I am going to invite door to door religious people in for a cup of tea and 6 hours of discussion.

Imagine instead, she is at a meeting of athletes (or mom's of athletes) who are focused on providing the best nutrition and help for their bodies. OR a weight loss group who needs to know that while they are losing weight, they also need to make sure that they are not missing nutrients and other important bits for their bodies. THIS is preaching to the converted. THESE people have raised their hands and said they are at least a little interested in a healthier lifestyle that matches her product offering.

Let's do another one…this is FUN! Another lady at another networking event consistently says she is looking for anyone with skin! Now she gets a chuckle, which you know I like, but I would be surprised if she get many sales leads or referrals. I KNOW, if she says that, she has the opportunity to sell her product to every human walking on the planet, BUT will every human on the planet really be interested in shelling out $69 for some cream that could help them look prettier? Probably not.

Will most men be interested in this? Probably not and she does not have a national audience to target (men and looking younger is an underserved market for anyone out who wants to know, we did A BUNCH of research for a past client and there is a dearth of products made for men, targeted to men in this arena – and NO, men probably won't buy a product in a pink bottle, no matter how effective it is!)

So now we have narrowed down everyone with skin to female humans, cutting things in half, but wait, there's more. Some women actually care about their skin (who knew). As you know, I am not all that interested in healthy living and guess what, I am not all that fussy about my skin. I use makeup when I speak, spend LOTS of money on shea butter, hand cream and good smelling lotions, but as for looking younger, not so much for me. I would think that young women, without any visible lines and wrinkles may not be good candidates either.

If I was that lady, I would target women, between the ages of 40 and 70 who wear makeup and lots of jewelry. These are women who are concerned with personal appearance and who probably have some disposable income to spend on creams and potions to make them look younger.

A final, sort of related note about entrepreneur marketing

Okay so we know WHO we are going to sell to, now where are they? When we are starting out, or launching a new product or service, it can seem like a GREAT idea to start nationally, hell, lets go international! Well if you are this far down, you probably know where I am going with this!

A recent client has licenses in both Florida and New York for their services. When we started the planning for their blog and social media services, they wanted to focus on BOTH New York and Florida, but then said that they could actually do it nationwide so that would be even better.

Now trying to rank for just plain “accounting – 543,000,000 competing websites” or “marketing – 2,360,000,000 that's right 2 BILLION” competing websites makes no sense what-so-ever. We instead decided to focus on a local area with their services and once we get a foothold there, we might move to other areas – OR, they may be so busy servicing their clients that they do not need other locations (remember, we work with entrepreneurs, not people who want to own the next Price Waterhouse Coopers!).

So…has this explained a little better why entrepreneur marketing is all about choosing a niche, dominating that niche and then moving on to the next group, customer demographics or product type? I hope that you try this next time you are out networking or working on a marketing campaign as it can make a HUGE difference in your success!